← more from
Aenaos Records
Get fresh music recommendations delivered to your inbox every Friday.
We've updated our Terms of Use. You can review the changes here.

Poems Of An Extinct Species 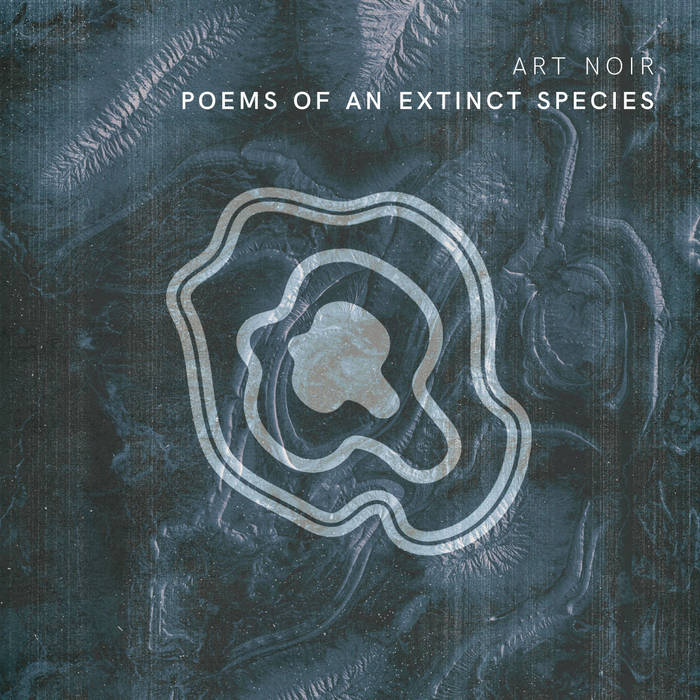 A new cycle begins for the German film composer Jan Weber who returns with the album “Poems of An Extinct Species” of his project ART NOIR after a decade since the album “Silent Green”.

Diagnosed with the neurodegenerative disease Amyotrophic Lateral Sclerosis (ALS) in 2015, Jan had just begun to lay down the framework for the album, when he was still able to move his fingers. With the loss of voluntary muscle movement slowly progressing, he needed an assistive eye-tracking communication device to complete the recording over the following 5 years. The production, mixing and mastering of the album was later supported by Thomas Navas (Lost in the Void) and Stefan Vesper (Steve Dragon, In Strict Confidence).

The album unfolds a compelling and intellectually stimulating story through Nadine Stelzer’s ethereal voice and thought-provoking lyrics that challenge the confines of our current perceptional reality. Enveloped in an anthropological-ecological mantle, it explores the vulnerability and concomitant wound-inflicting ability of the human species, invoking imagery and imagination of what was, what is, and what may be. Jan Weber, with his indomitable passion for producing and creating worlds, is the epitome of the strength of the human spirit and an inspiration to everyone.

In a century where unprecedented technological advancements engendered devices that have become indispensable extensions of our motor and sensory systems, “Poems of an Extinct Species” is an ode to the multidimensional and adaptive human-nature interrelationship through time and space.

The album was released on CD and as download on January 29, 2021 by Aenaos Records.

ART NOIR is a project of Jan Weber, the film composer and former member of IMPRESSIONS OF WINTER. Succeeding the debut `Flügel` and a co-production with Carlos Perón, the new record, called ‘Silent Green’, opens up to a new musical dimension.

Bandcamp Daily  your guide to the world of Bandcamp